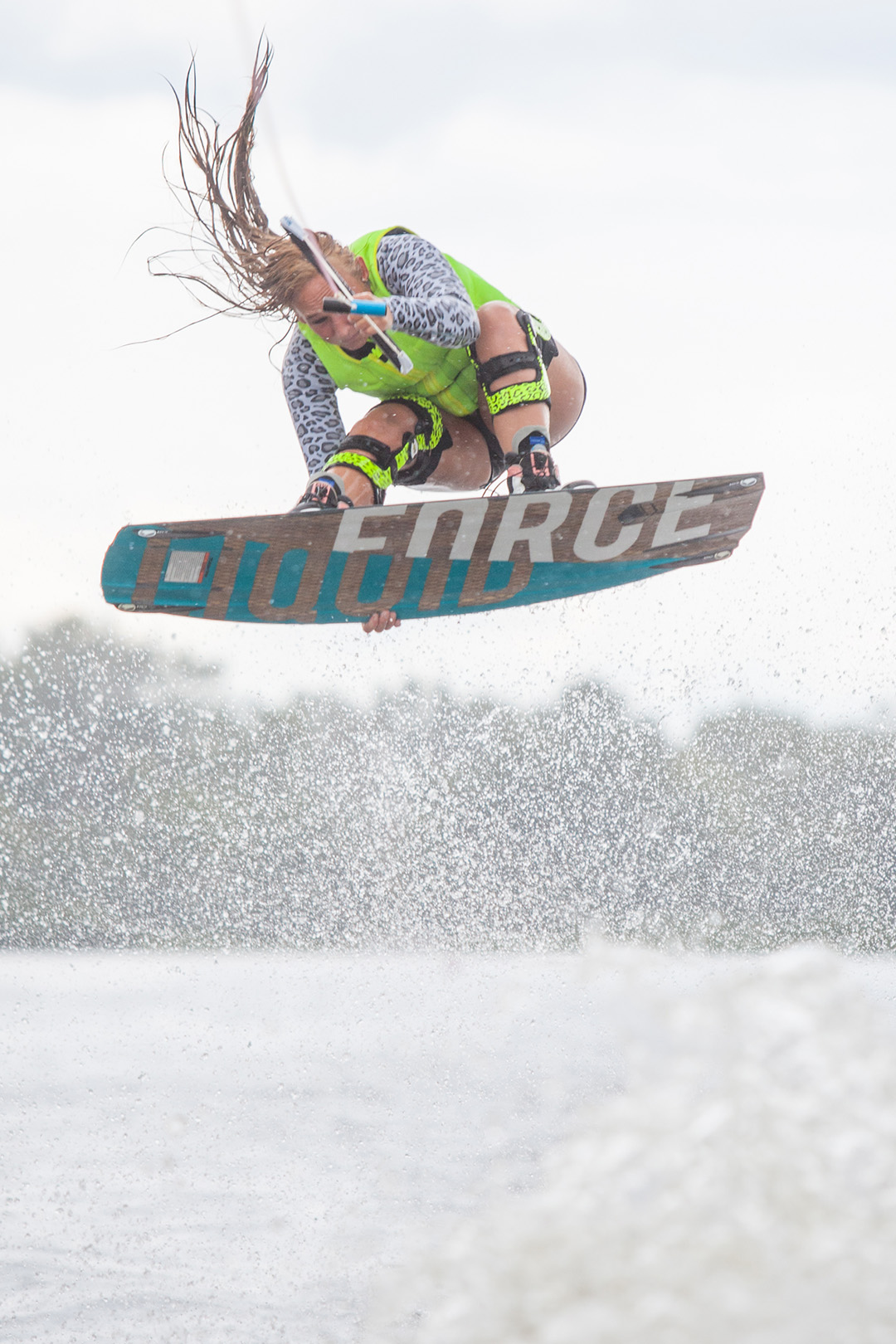 With high excitement 15 members of the British Wakeboard Squad recently flew out to Ukraine to take part in the 2019 IWWF Europe and Africa Wakeboard Championships. The E&A championships is held annually and for 2019 was hosted at the stunning Breakwater Club in Kiev, Ukraine.

The IWWF Championships is a major highlight of the European Wakeboarding calendar with countries such as France, Italy, Switzerland and Germany all taking part and looking for individual and team medals. The British Wakeboard Squad competed across 7 divisions from Boys to Veteran Women… check out the full squad details on our official squad page at https://www.wakeboard.co.uk/squad

In the Boys Division we had squad and Euros newcomer Olli Loder who took on the extreme wake the 2019 Mastercraft X Star was putting out with gusto. In qualifications Olli rode hard but with such a high standard missed the cut and progressed into the LCQ. In the LCQ Olli gave it his all but didn’t quite make the finals. Olli’s riding has progressed so much this season, and we’re looking forward to seeing what he’ll bring to his trick bag for next year. 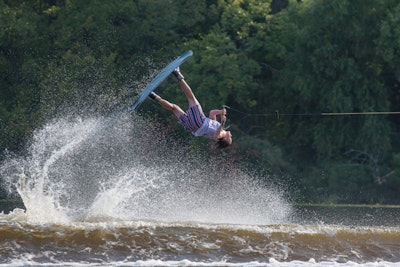 Tristan Lux was also riding in his first Euros and is another welcome new face to the travelling British Squad. Perry Lux was on hand to assist with important photo duties whilst Tristan battled riders such as Maxime Roux and team mates Travis Beaton and Joseph Humphries in qualifications. Tristan went through to the LCQ but sadly didn’t make it into the semis. 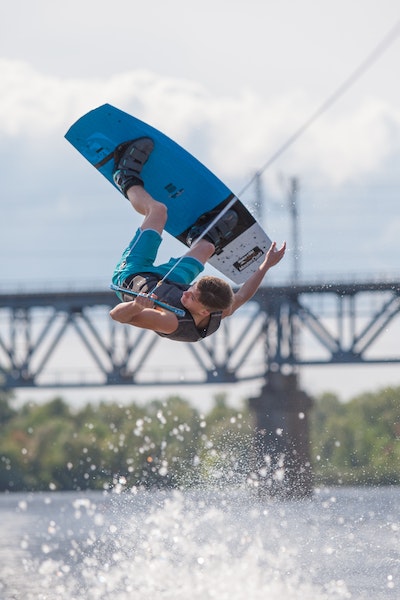 Travis Beaton competed with his usual combination of style and magnitude in qualifications but fell on his last trick on the first pass which put him into the LCQ. This didn’t slow him down as he then put out a winning pass in the LCQ taking him into the semis. In the semis Trav narrowly missed making it into the finals and finished 7th=. 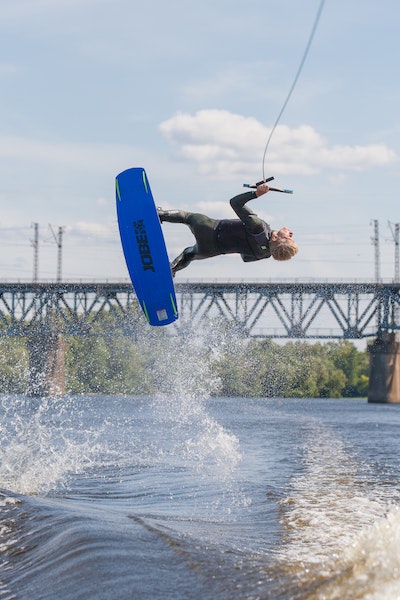 Joseph Humphries was one of the three Brits who rode in the same heat in the Junior Men qualifications! Not to be put off he put in a solid performance to progress directly into the semi finals. Riding in the semis Joseph showed why he continues to take top spot at the UK Nationals and was so close to making it into the finals - so close but so far - he finished 7th= with Trav. A great result for his first year in this category! 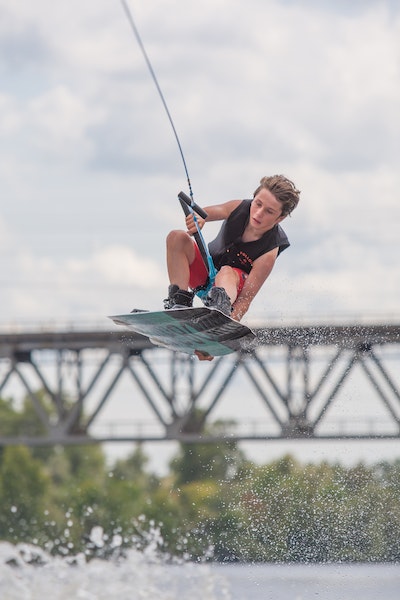 Barnes Yorke-Davies was the our final rider to make Ukraine his first Euro Championships. Heading out onto the water against legends such as Massi and Cory Teunissen gave Barnes added edge to his run; no pressure then! Going extra large behind the X Star he didn’t quite make the cut in qualifications and went into LCQs where he narrowly missed out on proceeding to the finals with Ben Kassin of Germany and David Hofer of Austria going through. 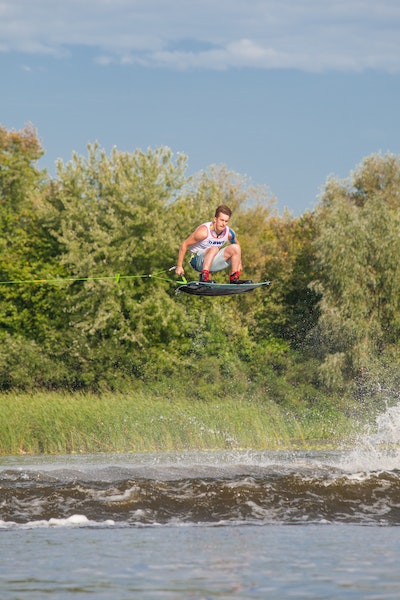 Macca McCreadie It was touch and go whether Macca would get compete at this this Euros due to a late practice injury. Macca held it together for his pass in heats and LCQs, but there was no way he could lay his runs down, and vowing to fight another day he made us all proud with his professional attitude despite injury. 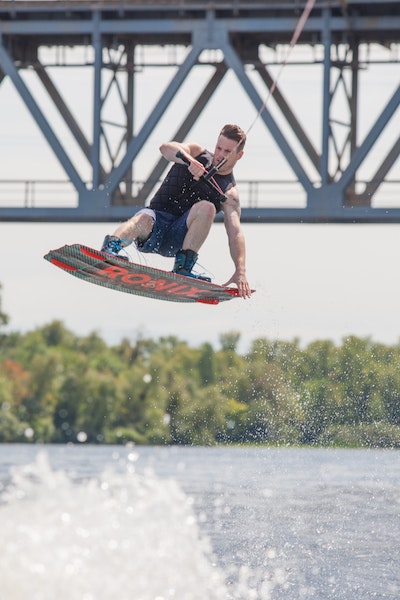 Ross Phillips made his debut as the British Squad Captain and certainly made an impact in more ways than one. Ross managed to snap his board during the practice set which brought a dash across Kiev to try and track down a new ride for the competition. Once a new board had been located Ross smashed out a solid qualifications run but ended up in LCQs where he narrowly missed out to a last-metre-of-the-course-trick winner by Latvian Matiss Purklavs, who pipped Ross by less than a point. 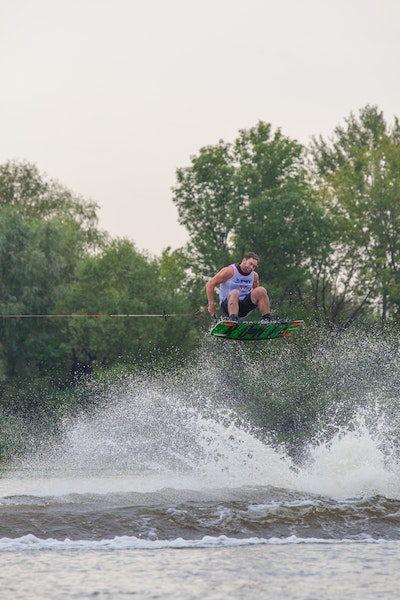 Mark Osmond was not only riding in the Veteran Men’s Division but also helping manage the squad, plus he was behind the lens and social media bringing us amazing images of the event; a busy event for him! Mark was enjoying the X Star wake but couldn’t quite get the points to make it through qualifications and eventually went out in the LCQ. 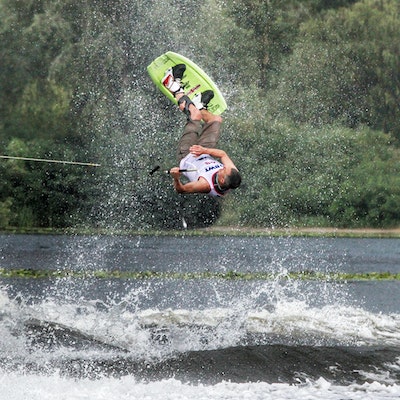 Nick De Boer It was Nick’s first season up in the Veteran’s category having competed in Masters in his last events for Team GB, and he showed his experience with a good run in his heat taking him straight through to the semis. There he was up against tough opposition and he wasn't quite able to lay his run down, and didn’t make it through to the Final coming 9th=. 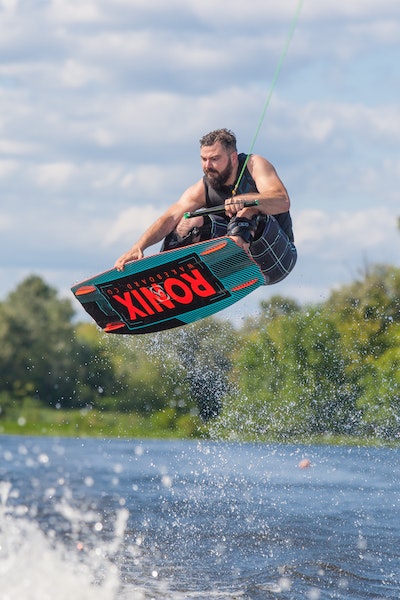 Melissa Lock is no stranger to competing internationally being a bronze medal winner at the previous two Euros in Latvia and Italy. And she’s progressed her riding too, with new tricks in her locker. How would she fare this year? Well, truth be told, a lot of the other Junior Women had raised their game too making for tough competition. It was a close run thing in the heats, and Melissa missed out by only a few points from an automatic place in the Final. With two going through from the LCQ it was always going to be tough, and unfortunately Melissa wasn't able to complete her run, and missed out on a final place coming 8th 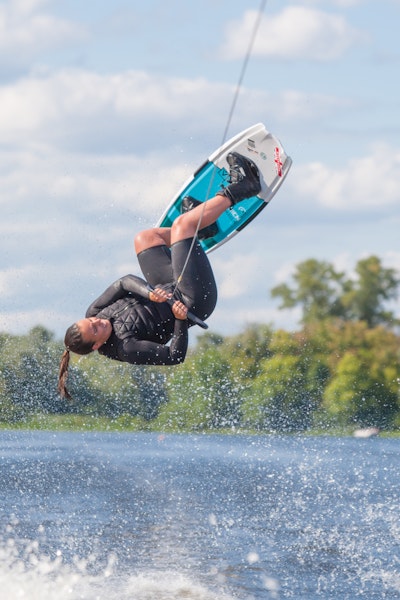 Sarah Partridge It was the first Euros for Sarah Partridge who won a bronze medal at the previous World Championships in Argentina, and also has new tricks in her armoury. Whilst she didn’t lay down her full run she qualified in third spot for the Final, but it just didn’t happen for on Finals Day and whilst fourth in Europe is no bad achievement she was kicking herself for missing out on a podium spot this time. 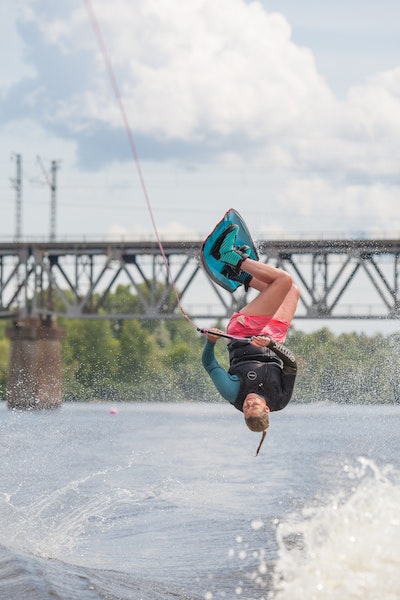 Emma Pickard Emsey has previously won a bronze medal at this level, in 2016 in Ireland, and whilst she has a number of National titles under her belt hadn’t been able to compete at the Euros since then. This year she missed out on the National title so this was a chance to prove a point. She was the last of the GB riders to ride a practice set and just as she went out a storm blew up. Was this a sign? Well Emsey got a chance to complete her practice, and things were tight in the heats but she won that with less than two points between her and the German Sigi Bachler. So, the final was also going to be a close run thing, and with Emsey and Sigi completing runs with similar types of tricks it was going to be down to the judges, but Emsey pipped it taking the win. Well done Emsey, your first Europe and Africa gold medal! 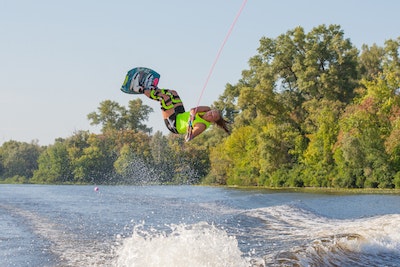 Sarah Kingdom competed this year in the newly opened Veteran Ladies division and rolled into the finals looking good to challenge Italy’s Annalisa ‘Picci’ di Corato for the top spot. Picci is UK based and both Sarah and Picci ride at LDB Wakeschool, home to GB coach Lee Debuse, so they know each other well. From the off they were clearly going to be battling it out for the two top spots and it was a close call, but when the passes were over it was a close call but Picci took the top spot with Sarah taking a well deserved Silver Medal.

Talking of her success at the 2019 Euros Sarah quoted…

“It’s always a privilege wearing the GB tracksuit and the Euros in Ukraine was no exception.

Off of the back of winning the 2019 National Ladies Masters title at LDB Wakeschool, I was thirsty to better my European bronze from last year in Italy.
But, for the first time, Women’s Veterans category was open. (As an older rider I was particularly grateful for having our team therapist on site to manage those niggles!)
Whilst I didn’t manage to knock my training partner Picci off the top spot, I did add another Silver to the trophy cabinet and there’s always next year... Maybe one day the Veterans Plus category might open as we’ll keep going as long as we can!

Under Ross Philips’ fantastic captaincy and Jeremy’s management, we were the team that turned heads, got the others talking and presented a truly great British front.” 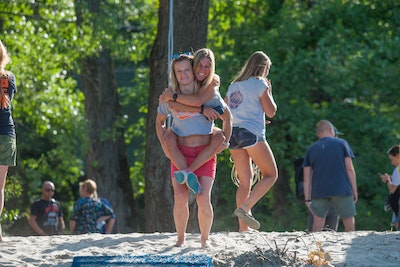 Team GB was so grateful to have the expertise of Emma Phillips of Functional8ty at the Euros. She kept us comp fit and ready to get out on the water, ensuring the riders activated their muscles and were ready to hit the water at maximum performance level, and that they stretched out afterwards, and she also attended to any injuries.

Whether or not wakeboarding is your sport we highly recommend Emma for for all your soft tissue therapy needs. Check her website http://functional8ty.co.uk Emma works from a clinic in her own home in Digby, Lincolnshire or can travel for appointments.

The Euros is of course a team event as well as for individuals. With us being down a few riders who were not able to attend it was always going to be a tough challenge to make the podium and we ended up taking a creditable 5th place, with Italy taking Gold, France Silver, and the well represented Ukrainians taking Bronze. Congratulations!

Thank you to all the riders, Jeremy Nevill and Mark Osmond for the management, and BWSW and all the supporters too. These really are such good events to be part of, and if you want to know how to get involved, competing or otherwise, then do speak to any of the riders or the team at Wakeboard UK.